We absolutely adore Epcot during the Holiday Season. Strolling around World Showcase and checking out each country’s decorations, traditions and food is one of our all-time favorite things to do at Walt Disney World. Unfortunately, we’re not going to be able to make the trip, this year. However, that doesn’t mean we can’t bring a little bit of the Epcot International Festival of the Holidays home with us. As a matter of fact, we’re going to do exactly that over the next few weeks. We’ll be providing you some of our versions of the tasty Disney Dishes you could be sampling if you were spending the season in Florida. That starts today with this lovely copy-cat recipe for the Smoked Salmon Potato Latkes you can find at the L’Chaim Holiday Kitchen.

Let’s get into the Holiday Spirit!

I’m not going to lie to you. Since we will not have the ability to travel to Florida this Holiday Season, I don’t have the chance to sample the actual version of Smoked Salmon Potato Latkes they are serving in Epcot. So, what I’m doing is re-creating this recipe based on the picture of it I’ve found online and combining it with the components I used in a similar dish I often serve when I was catering. An offering that was always a huge hit with our clients.

As for the ingredients, themselves, most should readily available in your local grocery store. Obviously, the key component is the Smoked Salmon. What they’re using at L’Chaim appears to be the more chunky, filet style. If all you can find is the Lox version, however, that will work, as well. In fact, that’s what I would use in my original recipe because it made for an hors d’oeuvres that was much easier for guests to handle.

One other ingredient that may be a little difficult to track down could be the Mascarpone. It does add a richness and semi-sweet flavor profile to the dish. So, I suggest using it if you can find it. However, using a little more traditional Cream Cheese will work just fine if you don’t stumble across it.

Oh, one other thing. The picture of the recipe they’re serving in Epcot doesn’t appear to have Tomatoes in it. However, I’ve made the editorial decision to add them to this recipe simply because I feel they work really well with Smoked Salmon dishes. It’s completely up to you if you want to add them, as well.

The first component for our Smoked Salmon Potato Latkes you will want to get going is the Citrus-Herb Cream Cheese. Begin by adding the softened Cream Cheese to an electric mixer with the whisk attachment. Whip on medium-high for approximately 3 to 4 minutes or until it becomes light and fluffy.

Next, add the softened Mascarpone Cheese. Whip for an additional 2 minutes and it is well incorporated with the Cream Cheese.

Now, add the minced Fresh Dill, Lemon Zest, Lime Zest, Lemon Juice, Lime Juice and Salt. Hand stir to combine and reserve in the refrigerator until ready to use.

Now, it’s time to get to work on the base of our dish. Of course, I’m talking about the Latke portion of our Smoked Salmon Potato Latkes recipe. This will be the part of the recipe that takes the most time. However, you can do it a day or two before serving if that works best for your schedule.

To get this started, you’ll want to partially fill a large bowl with water. Next, use a Box Grater to shred the Peeled Potatoes. Be sure to do this directly over the water filled bowl or quickly move the shredded pieces to the bowl.

Once you have shredded all of the Potatoes, use the same box grater to shred the Onion, as well.

Now that you have all of the Potatoes and Onions shredded and soaking in the water, it’s time for the next step. That’s removing as much of the moisture, as possible.

Lay out 3 or 4 layers of Cheese Cloth or a clean Kitchen Towel over a Strainer. Drain the shredded Potatoes and Onion in through the center of the cloth/towel.

Next, wrap the Cheese Cloth or Towel around the Potato/Onion combination and give it a good squeeze. Continue until most of the moisture has been removed.

Working quickly, add the shredded Potatoes and Onions to a large bowl with the All-Purpose Flour, Eggs, Baking Powder, Salt and Pepper. Stir until well combined.

Next, take a large spoonful of the Latke Mixture and form a “patty” with your hands. For large Latkes, they should be about 4″ in diameter. Be sure to flatten them as much as possible to make sure they cook evenly.

Once you have your Latkes all formed, place a large pan over medium-high heat and add about ½” of neutral oil.

Once the Oil reaches 350ºF, carefully add the Latkes a few at a time; being careful not to overcrowd the pan. Fry the first side until golden brown in color; approximately 4 to 5 minutes. Using a spatula, carefully turn the them over and fry the other side for an additional 4 to 5 minutes.

When the Latkes are completely cooked, carefully move them to a baking sheet lined with paper towels and lightly sprinkle them with Salt. Continue until all of the Latkes are cooked. You can then, serve immediately or cool and reserve in the refrigerator for up to 3 days. If you choose to do this, you can then reheat them by placing them in a 350ºF oven for 5 to 10 minutes.

While the Latkes are frying or reheating, it’s time to quickly put together our Smoked Salmon mixture. Begin by flaking large chunks of the Salmon from the filet into a medium-sized bowl. Add the diced Red Onion, Tomatoes and Capers. Carefully mix until well combined and reserve in the refrigerator until ready to use.

Alright, let’s put these little gems together. Begin by placing the warm Latkes on whatever serving plate(s) you plan on using. Place a spoonful of the Citrus-Herb Cream Cheese directly on top, like in the photo above. Next, place a heaping amount of the Smoked Salmon mixture on top. Garnish with a small dab of Sour Cream and a sprig of Fresh Dill and serve immediately.

This recipe for Smoked Salmon Potato Latkes will be the perfect addition for your Holiday Celebration. Each bite is an absolute symphony of texture and flavor.

The Latke is perfectly crisp on the outside while remaining light and fluffy in the center. Yet you get this terrific, rich, Potato and Onion flavor from it. The Salmon is delightfully smoky with just a hint of sweetness. Then, there’s this wonderful bite from the Red Onion and a pop of briny, saltiness from the Capers. Finally, the whole thing is tied together by the Cream Cheese which bring this spectacular richness that is balanced perfectly by the brightness from the Citrus and the herbaceousness of the Fresh Dill.

It’s everything you want in dish and is sure to be a crowd pleaser!

Make this dish for your next celebration and bring a little touch of Disney Holidays home to your family and guests!

For the Citrus-Herb Cream Cheese

For the Potato Latkes

For the Smoked Salmon Mixture

For the Citrus-Herb Cream Cheese

For the Potato Latkes

For the Smoked Salmon Mixture

For the Smoked Salmon Potato Latkes

If you liked this recipe, be sure to check out our other Holiday Disney Dishes 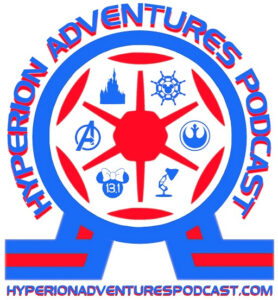