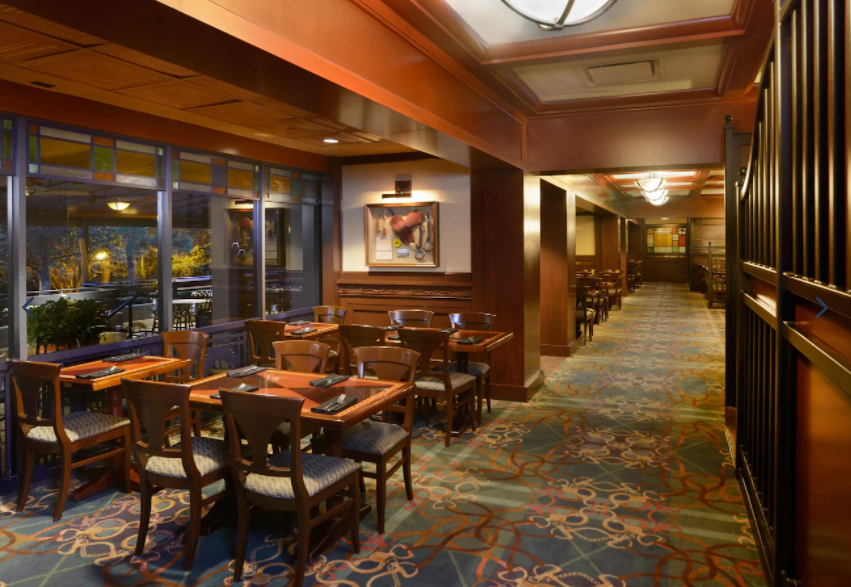 Recently, we shared on our Hyperion Adventures Podcast, a look at many of the new dining experiences that were either returning or debuting at the Disney Parks. While going through the list, a few dishes stood out to us. So, we posted a question to our Newsletter subscribers and Patreon Members. Which of those wonderful choices would they like us to recreate for our next Disney Dish? The response was overwhelming for the New York Cider Braised Mussels from The Turf Club Bar & Grill at Disney’s Saratoga Springs Resort & Spa. And that’s what we’re creating for you today. I will tell you right out of the gate. This recipe does not disappoint.

The list of components for our Disney Dishes New York Cider Braised Mussels from The Turf Club Bar & Grill is very straightforward and relatively simple. Most should be easily obtainable in your local grocery store.

I said “most”, right? Unfortunately, the one that could be the trickiest is the Mussels. They can be found all year round but their peak season is between October and March. However, because the best versions of this shellfish should be alive when you purchase them, they aren’t always in stock. If you are lucky enough to find them, you will want to use them on the same day you buy them to ensure they are as fresh as possible. You will need to discard any that have not survived prior to cooking. (Don’t worry, I’ll show you how to make sure they are alive)

There are a couple of other, possibly, tricky items to obtain. First is the Fresno Chiles. If you don’t know what these are, they are very similar in size and look to Jalapeños but are red in color. If you can’t track these down, you can certainly replace them with Jalapeños. Since they are mostly for garnish, and to add a little more heat, you could also skip them completely.

The other item that could be slightly difficult to find is the Fresh Fennel. Mostly because you may have never used it before. If you’re looking for it, it looks a little like Celery but with a big, bulbous, white-bottomed portion. Just ask your local produce person if you still don’t see it.

This recipe also calls for a Hard Cider. So, that means it has a little bit of alcohol in it. While that will mostly cook out, if you’d prefer to avoid that, or can’t find it in your store, you can replace it with a more traditional Apple Cider. You could even use Apple Juice if you are still having struggles.

Also, I’m using Mexican Pork Chorizo for this recipe. I prefer it because it almost “melts” into the sauce as it cooks. If you or your guests are pescatarian, or just prefer to avoid meat when possible, you can substitute with the plant-based version and it would work equally as well. You can also use the Spanish version though I don’t feel it’s the best type for this dish. It’s a more “solid” sausage and doesn’t blend in as well, to me. However, that may be more your style. If that’s the case, go for it!

Speaking of going for it! It’s time to flex our Mussels!

The first step to our Disney Dishes New York Cider Braised Mussels recipe is to be sure the main components are fresh, alive, and ready to go.

Start by examining each Mussel to ensure there are no major cracks in their shells. If you find any that have large fractures, it’s best to throw those out. They probably didn’t survive that.

Now, see if any are open, like in the picture above. This could be a sign that they are dead but that is often not the case. The good news is, there is an easy way to verify this. Just tap the Mussel in question lightly on a cutting board or countertop. If it’s alive, it will slowly start to close. Just like this one did, as you can see in the photo below.

Now that you’re sure the remaining Mussels are all living, it’s time to give them a quick cleaning. First, you’ll want to remove its “beard”. It’s the little patch of “hair” you may find sticking out of the shell; like you see in the below picture.

So, how do you make sure your Mussels are “clean-cut”? Don’t worry, you won’t need to break out the razor. You simply need to pinch it with your fingers and give it a pull. It should come right off.

Finally, just give the Mussels another once over and see if there are any tiny “barnacles” on the shells. If you find any, you can lightly scrape them off with the side of a metal spoon and some running water.

There you go, now that they are all clean, store your Mussels in a bowl in the refrigerator until ready to use.

Time to get our New York Cider Braised Mussels going. This will happen quickly, so, you’ll want to wait until just before you’re ready to serve to get it going.

Begin by placing a large, deep-sided pan that has a lid on the stove over medium-high heat. Once the pan is hot, add the Chorizo and cook, stirring occasionally until browned. Remove to a plate or bowl lined with paper towels and return the pan to the stove.

Add a little oil and place the Sliced Fennel in the pan. Cook, while stirring occasionally until the Fennel begins to soften slightly.

Next, add the Minced Garlic and cook until it just becomes fragrant; about 1 minute.

Add the Unsalted Butter to the pan while stirring constantly until it has completely melted. Return the Browned Chorizo to the pan and add the Salt. Stir to combine.

Next, add the Mussels followed by the Hard Apple Cider. Give it another quick stir.

Cover and reduce the heat to Medium.

Keep the pan covered and cook the Mussels until they have opened; about 7 to 10 minutes. (If there are any remaining that haven’t opened, dispose of them. They may have not been alive prior to cooking)

While the Mussels are simmering, slice the Baguette on a diagonal. Toast each slice by brushing them lightly with Olive Oil and placing them on a hot grill or in a 400˚F oven for about 5 minutes. Reserve until ready to serve.

Once the Mussel have competed cooking and have all opened, it’s time to plate up these beauties.

Begin by using a slotted spoon to remove the cooked Mussels, Fennel, and Garlic from the pan. Divide them evenly between serving bowls.

Next, give the sauce a quick stir and taste. Adjust the seasoning with Salt, if necessary. Ladle a healthy portion of the sauce evenly over each serving plate containing the Mussels.

Garnish with a few of the Sliced Fresno Chiles, the Fennel Fronds, and a couple of slices of the Toasted Baguette.

This recipe for New York Cider Braised Mussels from The Turf Club Bar & Grill quickly became a favorite in our home. As a matter of fact, Michelle has already asked for it to become her Birthday Dinner!

The Mussels are meaty, slightly salty, fresh, vibrant, and lovely.

But the real champion of this Disney Dish is the sauce. The Chorizo within it adds just the right amount of heat while the sweetness from the Hard Cider balances it nicely. Add the richness of the Butter, the bite from the Garlic, and the slight anise influence from the Fennel and it’s nearly perfect. Trust me when I say you will want to have extra amounts of the Toasted Baguette on hand just to sop up this wonderful jus.

If you love Mussels, like we do, you need to try them this way. I’d be willing to bet it’s likely to become the only way you will want to cook them in the future.