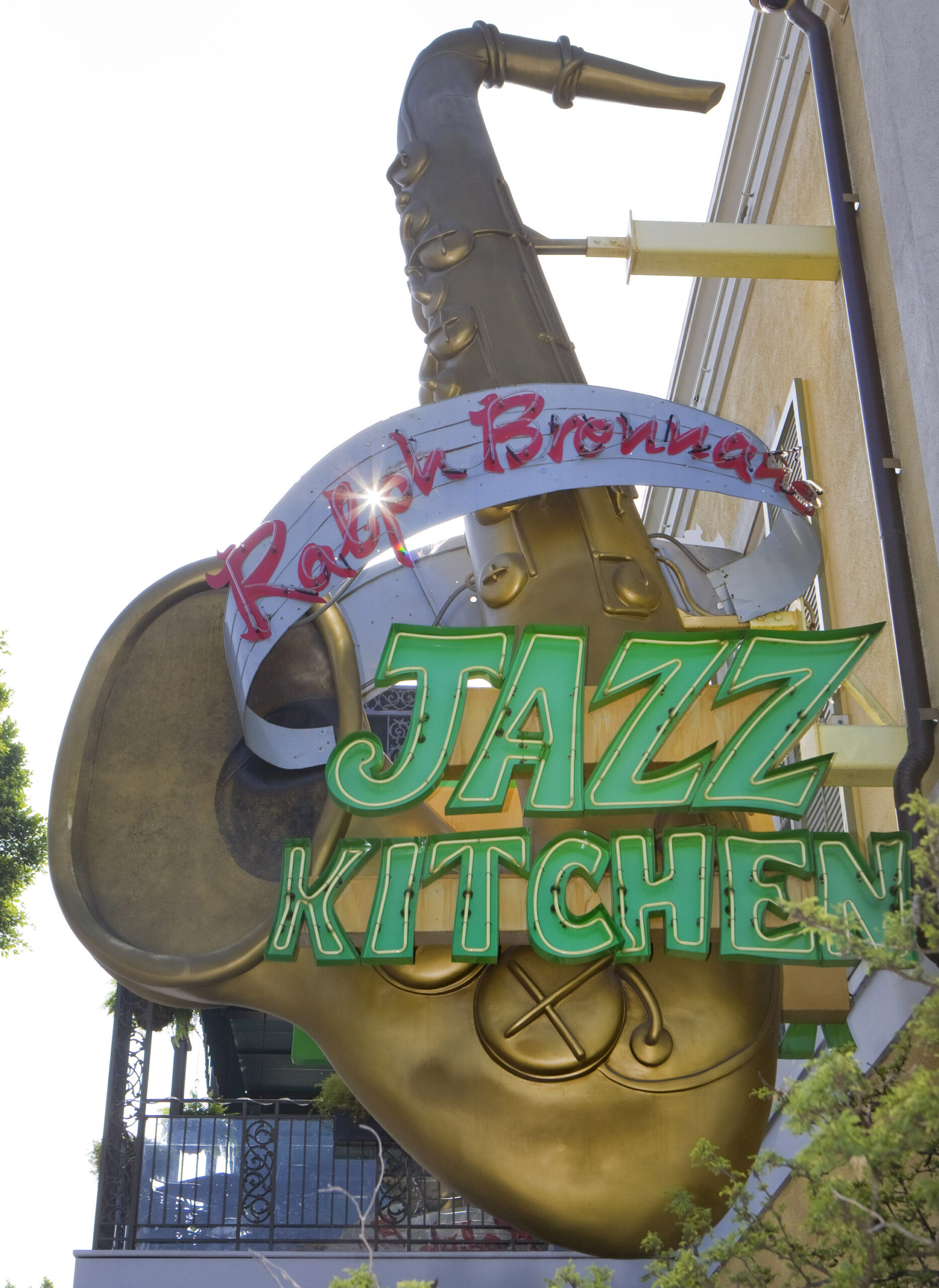 A couple of things inspired today’s Disney Dish. First, and most importantly, we’re coming up on Mardi Gras just one week from today. Secondly, we are getting set to board our Disney Cruise that will be sailing out of New Orleans, very soon. Throw in our love for Disneyland and today’s recipe became an easy one to explore.

So, to celebrate all those things, here is the Shrimp & Grits Recipe from Ralph Brennan’s Jazz Kitchen in the Downtown Disney District.

Grab your beads and let’s get cooking!

Unlike a lot of classic New Orleans style dishes, this one can be thrown together pretty quickly. The ingredients list for our Shrimp & Grits from Ralph Brennan’s Jazz Kitchen is not a lengthy one and most of the items are fairly common.

If you’re not from the southern portion of the country, Grits may not be a staple in your pantry. Despite that, you should be able to find them within your grocery store. They are often nearby the other hot cereals like oatmeal. If you can’t find them there, however, you may be able to track them down by asking for Polenta. Even though it is thought of as more of an Italian side dish, it consists of a very similar grind of Corn used in Grits.

The other item that may be tricky to find is the Creole Seasoning. It’s not always right there in the standard batch of spices you’ll find on the store shelf. As a matter of fact, you’re more likely to find Cajun Seasoning. While they are similar, note that the Cajun version is significantly spicier. If you like your Shrimp & Grits with a bit more heat, then you can use this as a replacement.

If you’re whipping up a batch of this recipe for Shrimp & Grits from Ralph Brennan’s Kitchen on an average night, you’re going to want to start with the most time consuming portion. That’s the Grits.

Begin by melting the Butter within a medium-sized pot over medium-high heat. Add the diced Onion and Andouille Sausage to the melted Butter. Sauté until the Onions begin to soften and become translucent then add the Chicken Stock and bring to a boil.

Next, stir in the Grits, lower the heat and cover the pot. Continue to cook the Grits for about 12 to 15 minutes, stirring occasionally, then add the Half & Half or Cream and cook, uncovered, for another  3 to 5 minutes.

Once the Grits become mostly smooth and “creamy”, remove from the heat and add the Shredded Parmesan Cheese and Chopped Parsley. Season, to taste, with Salt and reserve until ready to use.

Now we move on to the literal “meat” of our Shrimp & Grits from Ralph Brennan’s Jazz Kitchen; the Shrimp. This comes together pretty quickly so you’ll want to be sure not to start it until the Grits are just about completely cooked.

Once the Shrimp has just cooked through, reduce the heat to low and add the Butter. The best way to incorporate the Butter into the sauce is by swirling the pan around. You can also lightly stir it in as it slowly melts.

To serve, add the Grits to a shallow bowl. Top with 7 or 8 Shrimp and a spoonful or two of the sauce. Garnish with Chopped Parsley and serve immediately.

This Shrimp & Grits from Ralph Brennan’s Jazz Kitchen is a little touch of New Orleans in a bowl. It combines the flavors of the South along with many of the more “French-Style” techniques found in Cajun and Creole cooking in a wonderful way that can be whipped up easily on an average night.

Let’s start with the Shrimp. They are meaty and tender and complimented by the luxurious sauce. The spice from the seasonings comes through without overpowering the dish with heat. You also get a lovely bite from the Garlic and just a little acid from the Lemon Juice.

As for the Grits, they are creamy and offer a good partner to the Shrimp. The Parmesan adds a salty yet deep richness cut by the light spice from the Andouille Sausage.

The one thing I will say is that this recipe is a very rich one. It has a lot of French influence in it’s soul so the Cheese and all the butter does make it rather decadent. If you’re not a fan of rich food, this may not be the recipe for you.

But I love it! Make it tonight and celebrate Fat Tuesday in Disney Style!